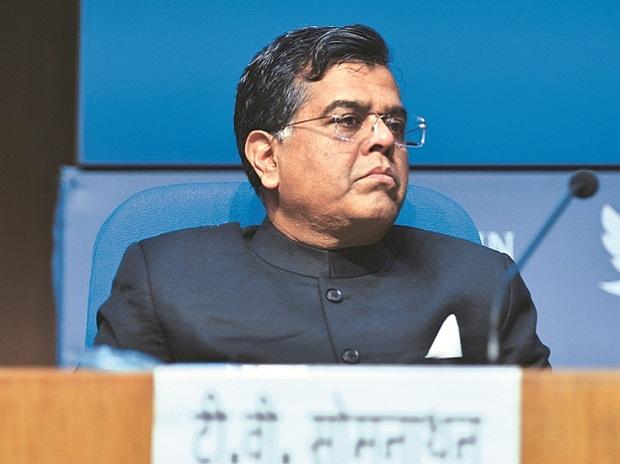 It makes eminent sense for Cairn and Vodafone to withdraw international arbitration cases now, given the retrospective taxation matter has been resolved through Indian sovereign action, says Finance Secretary T V Somanathan. In conversation with Dilasha Seth, he says the government has been able to achieve a fine balance between not conceding foreign parties the right to pronounce on Indian tax laws and not wanting to have retrospective taxation. Edited excerpts:

The withdrawal of the retrospective amendment to taxation introduced in 2012 has put to rest a lot of uncertainty. What was the trigger for the government?

This does not have anything to do with recent events. I will draw your attention to what Arun Jaitley had said in February 2015. He had said that the government doesn’t support retrospective taxation since it creates sudden and fresh liability and is not in line with the stability and predictability of taxation. But he made a distinction between new cases of retrospective taxation and legacy disputes. He said as far as disputes in legacy cases are concerned, they were to be allowed to reach their logical conclusion.

The logical conclusion was reached when those two arbitral awards came. A key point being this has been resolved through Indian law, not arbitral award, which we have contested. This is an issue of economic policy.

Why did India file an appeal against the arbitration award?

Is the move aimed at driving foreign direct investment?

There is a difficult balance for the government here. First, as a policy, the government is very clear that predictability and stability in taxation are crucial. We want India on the path to becoming a $5-trillion economy, for which we welcome foreign investment. We understand that investment requires a predictable and stable tax regime. There is a sovereign right to taxation, which we wish to preserve. Also, we do not also concede that our tax laws be pronounced on or arbitrated and decided in a foreign jurisdiction. It should be decided by India’s Parliament. We feel today’s amendments are able to achieve both.

How much will be the total outgo in the form of refunds to these entities because of the amendment introduced on Thursday?

The total amount involved for all is around Rs 8,100 crore, of which Cairn Energy’s is around Rs 7,900 crore. For Vodafone, it is Rs 45 crore; there is WNS Capital, which is around Rs 48 crore.

Did the multiple rounds of talks with Cairn Energy since February have a role to play here? Did you have an understanding with the UK oil major on this during the course of talks?

Is the ball in Cairn Energy’s court now? Will it have to withdraw the case at The Hague?

It will have to follow the procedure under the new law. I think it makes eminent sense now for all parties concerned in these disputes to withdraw the cases, as we have reached a very reasonable termination of this problem, albeit through Indian sovereign action.

Did the government get affected by the fact that sovereign assets were getting attached globally, especially in the case of Paris?

To be practical, it is insignificant. There is no way you can actually recover money through these actions. There are sovereign immunities. Recovering money from India from those kinds of orders will be extremely difficult, if not impossible.

Will the Government of India reach out to these companies? Or do you expect them to make the move as the legislation will be there?

They will have to come and follow the legal process. It is on the part of the government to treat taxpayers well when complying with the law. It is a statutory policy and they will have to follow the procedure when the Act is passed.