The question is where will that growth come from? There is a reflexive consensus among analysts that consumption and private investment will step up to the plate. Consumption, after all, was the flagbearer of growth for much of the last decade. Why won’t it just pick up from where it left off?

To understand why, one needs to analyse India’s growth dynamics this millennium. Recall, growth had been powered by the Siamese twins of exports and investment in the first decade. But by 2012, that story had petered out. Exports began to slow and a combination of investment overcapacity and implementation bottlenecks meant the economy was beset with a “twin balance sheet” problem: corporates left with unsustainable debt and banks laden with high NPAs. 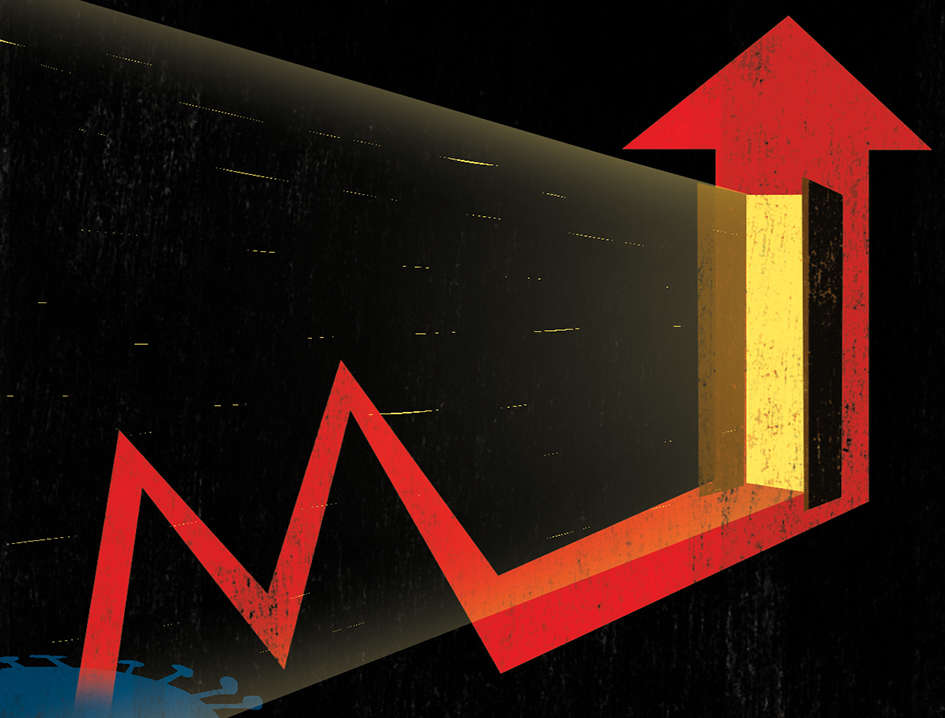 Unwittingly, this set the stage for the next era of growth. As banks were licking their wounds from infrastructure and large-corporate NPAs, they turned their attention to the one segment of the economy that had been under-saturated: households. What began was a multi-year retail credit boom, spurring the rapid proliferation of Non-Bank Financial Companies (NBFCs). On their part, households welcomed access to cheaper, institutionalised sources of credit. For a young, aspirational population, this was a means to smooth consumption over lifetimes.

But under the radar, household income perceptions began a secular fall from 2012. Disposable income/GDP fell by 2 percentage points over the decade pre-Covid, even as private consumption/GDP rose by 4 percentage points. Essentially, consumption was being financed by households running down savings and running up debt. Debt-fuelled growth works in the good times, but as the economy began to slow from 2017-18, and income perceptions continued to soften, it was a matter of time before households became cautious.

Unsurprisingly, retrenchment in consumer goods began in early 2018, and broadened out by 2019. Tighter lending standards after the NBFC shock in late 2018 accentuated these trends but incipient balance sheet pressures had pre-dated the shock.

It’s therefore unsurprising that consumption was the slowest to recover to pre-pandemic levels on the demand side. Instead, the revival last year was led by government capex and exports – themes to which we return below.

If private consumption is unlikely to lead growth, can private investment fill the gap? While SME balance sheets are likely to take a long time to recover, some good news is that large corporates have aggressively deleveraged in recent years. However, the binding constraint on new investment for these firms has shifted from leverage to demand. Manufacturing utilisation rates had fallen below 70% for three consecutive quarters pre-pandemic. Private investment is endogenous: It first needs demand to fire and utilisation to rise.

Where could that demand come from? In our view, exports and public investment.

The global economy is witnessing its strongest growth in 80 years. Near-term concerns about the Delta variant notwithstanding, global growth is expected to remain much above trend for the next 6-8 quarters on reopenings and vaccinations. This bodes well for the external sector given the strong elasticity we find between global growth and India’s exports. Unsurprisingly, manufacturing exports are already 20% above pre-pandemic levels.

But one growth driver may not be enough to crowd in private investment and create jobs. Sustained public investment will therefore need to supplement exports. The government has clearly embarked on this strategy with central capex growing 75% in the second half of last year, driving the recovery.

But this needs to continue. Both the Centre and states have budgeted 30% growth in capex for 2021-22, and pulling this off will be key to the revival. Physical and social infrastructure spending can simultaneously create jobs, crowd-in private investment and improve the economy’s competitiveness.

All told, exports and public investment will need to create a growth and jobs bridge until private investment and consumption recover.

What about medium-term prospects? There has been justifiable concern about falling investment rates over the last decade. Reviving investment is undoubtedly crucial, but our empirical work finds that a slowdown in total factor productivity (TFP) growth has also shaved off 250 bps from potential growth since its peak before the global financial crisis. What drives TFP? Empirically, we find it is correlated with open trade, public investment and a healthy financial sector.

All this leads to a natural, and synergistic, set of interventions. In the near term, stepping up the pace of vaccinations is undoubtedly the most effective stimulus. But boosting growth and jobs in a post-pandemic world must then entail (i) strong and sustained public investment (financial by asset sales to keep fiscal dynamics anchored); (ii) reforming the financial system and strengthening resolution mechanisms (IBC) to enable creative destruction and finance investment; and (iii) cultivating an open trade environment conducive to export-led, job-creating growth.

The Budget made an important statement of intent in several of these areas (public investment, asset sales, privatisation of two public sector banks). Now execution is vital, as is deepening and broadening the reform agenda. That is the best gift we can give ourselves, on the 30th anniversary of the 1991 reforms.