Meeran Chadha Borwankar writes: What has happened to the Indian Police Service today is bound to occur to other civil services tomorrow, maybe even to the judiciary and various wings of armed forces 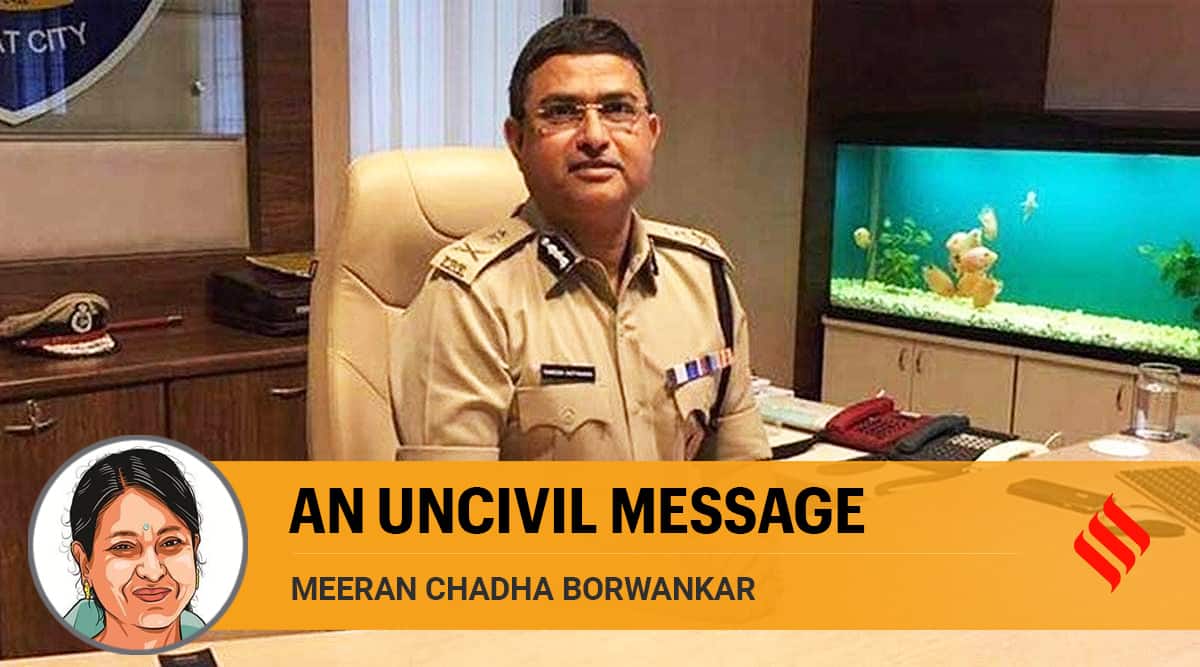 I know Rakesh Asthana, a competent police officer of the Gujarat cadre and I also know many officers of the AGMUT cadre of equal, if not greater, calibre. Asthana’s appointment as the Commissioner of Police, Delhi, took me and many others by surprise, especially as he had less than a week left to retire.

During various national and state-level conferences, we as police officers have discussed the Supreme Court-mandated police reforms of 2006. We have talked of the damage that politicians have done to civil services, including to the police, by encouraging a crony culture. We have welcomed the Court’s directions about the formation of Establishment Boards in the states and the involvement of the UPSC in selecting state police chiefs. We have also welcomed “fixed tenures” for officers who are otherwise at the mercy of local political leaders for postings, transfers and continuation. And yet we, the retired and in-service police officers, are quiet today.

The central government has shown scant respect to either the Supreme Court or to the police as an institution. In one stroke, through the recent posting of the Delhi police chief, the politicians have displayed the ruthless power with which they control civil services. The message of them being the “masters” is loud and clear.https://images.indianexpress.com/2020/08/1×1.png

The Commissioner of Police of any city is the leader of the police force and well acquainted with his/her officers. How will an officer, having worked in a particular cadre for 35 years, understand the ethos and culture of another state police cadre during the last year of his service? How will he deal with officers and constabulary he knows nothing about or encourage them to put in their best? Can it be denied that many within the force would consider him an “outsider” and that many, having worked with other potential contenders to the post, will not resent the one “forced upon” them? They see no imminent crisis in Delhi for the handling of which the new Commissioner has special expertise and was thus inducted overnight. Nor is there any dearth of competent officers in the Delhi police, if the need so arises.

We all know that it takes years to build institutions and only days to demolish them. In their greed for power, politicians in India have ruined the civil services. When I talked to a former Commissioner of Police, Delhi, he very cynically replied that five times in the past, an outsider has been thrust upon the Delhi police. It is therefore not just the current government but even the Congress party, which is protesting today, that is equally guilty.

The uniform does not let one speak up while in service. The same is the case with non-uniformed civil services, as they too are bound by the service conduct rules. It is the responsibility of either civil society or retired civil servants to keep a keen watch and check on the callous exploitation of power by politicians. Retirees have recently been threatened with stoppage of their pension, civil society is being hounded by various enforcement authorities. But what has happened to the Indian Police Service today is bound to occur to other civil services tomorrow, maybe even to the judiciary and various wings of the armed forces. This is a systematic assault on institutions by power-hungry politicians.

Martin Niemöller’s words cannot be erased from history: “Then they came for me/ And there was no one left/ To speak out for me”

A blatant and unashamed attempt has been made to damage an organisation, the Delhi Police. In a democracy, each institution has a particular role to play and a fine balance must be maintained. In this case, the politicians have clearly over-stepped and encroached upon the independence of the police and the sagacity of the judiciary. They have violated the clear directions of the highest court in the country and done so not for the welfare of citizens, but to show their brutal power. Therefore silence, my friends, is not an option.

This column first appeared in the print edition on July 31, 2021 under the title ‘An uncivil message’. The writer, a former Commissioner of Police, Pune, retired as DG Bureau of Police Research & Development