Swaminathan S Anklesaria Aiyar is consulting editor of The Economic Times. He has frequently been a consultant to the World Bank and Asian Development Bank. A popular columnist and TV commentator, Swami has been called “India’s leading economic journalist” by Stephen Cohen of the Brookings Institution. “Swaminomics” has been appearing as a weekly column in The Times of India since 1990. In 2008, The Times of India brought out the book “The Benevolent Zookeepers – The Best Of Swaminomics”. LESS … MORE

I have written twice already on the rise of unicorns, unlisted companies valued at over a billion dollars each. The vast majority of unicorns have never made a profit, yet billions have been poured into them by the world’s biggest, most adventurous financiers hoping to find the Amazons and Facebooks of the future. Amazon and Facebook also lost money for years as they expanded and expanded, eventually becoming super-profitable.

Zomato, the food delivery company, is the first Indian unicorn to have launched its shares to the public through an IPO (initial public offering). The IPO price was Rs 76-79. The issue was heavily oversubscribed, and the stock market price quickly soared to Rs 147 last week before cooling a bit to Rs 133. Its market capitalisation is almost $14 billion, double the pre-IPO estimate.

An even bigger unicorn, Paytm, famous innovator of digital wallets that has now diversified into other financial fields, is about to launch its own IPO. The market already values the company at $25 billion, and Zomato’s experience shows this could double after hitting the markets. A string of other unicorns is lining up for IPOs, and the markets have gone crazy in anticipation.

Some readers want to know if they should abandon their conventional prudent investments in fixed deposits that yield hardly 6% interest, and plunge into unicorns. Yes, they all know that investing in IPOs of new companies is a high risk, high-gain business, and that new shares can soar but sink too. So far, the average gain of shares after IPOs in 2021 has been 31%, but some have fallen well below the IPO price.

A modest quantity of shares in each IPO are reserved for retail investors like you and me, as distinct from the big institutions that bid for hundreds of crores worth of shares. Many small investors apply under the retail quota, and with luck get a small allotment of say 100 shares, and sell that at a good profit within weeks. They then deploy their profits in new IPOs that hit the market month after month. That has proved a reasonably safe way of making decent profits. 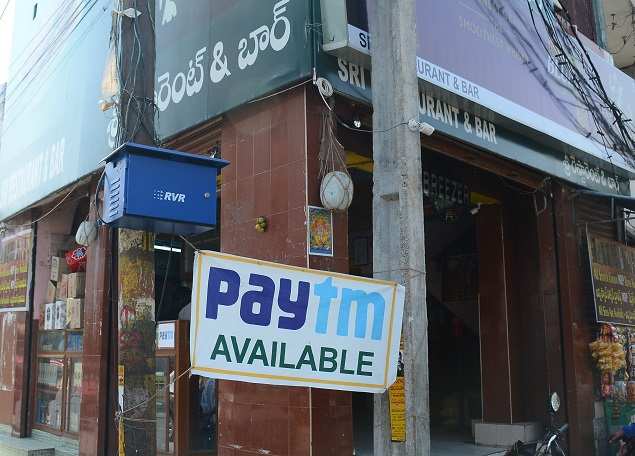 IPO FOMO? Paytm is among a string of unicorns who have IPOs lined up, and markets are waiting in anticipation

But what they make is peanuts compared with those who invested early and stayed invested through thick and thin in Facebook or Amazon, or in Infosys and TCS, and are now worth a hundred crores or more. People remember the dot.com boom of the late 1990s when
the public plunged crazily into IT shares, selling the family silver and all else to keep buying even when markets fell, convinced that things would ultimately turn up. A few survived triumphantly. but lakhs of small investors went bust.

Even supposedly sage, cool-headed investors can go crazy in a boom. There is a famous phrase to explain why the latest bubble will not burst like earlier ones: “this time is different”. It rarely is.
Some investors ask, even if it is dangerous to plunge into all IPOs, is it not much safer to plunge into unicorns, since these already have massive backing from the financial powerhouses of the world like Softbank and KKR? If those massive investors are willing to wait patiently for a decade before a unicorn turns profitable, does that not protect them from the plunges seen in lesser companies unbacked by global finance?

Yes, there is a greater degree of safety. But high finance is not rushing into unicorns expecting them all to become Amazons and Facebooks one day. The global financiers think big, and support ventures that have the potential to become world class even if that is speculative and will take time. The financiers expect the vast majority of these unicorns to ultimately fail. But it is nevertheless worth investing in a big way because even if just one or two out of a hundred turn out to be major successes, that will more than compensate for the collapse of most of the rest.

So, the backing of global finance provides no assurance whatsoever that all the unicorns will succeed. On the contrary, the financiers believe the vast majority will fail. But they have spread their risks by buying into hundreds of such companies, so they can survive the sinking of many ventures.

Every Indian investor must ask, do I have the cash, guts, and discipline to follow the same approach? Do I have enough money and stamina to invest in a hundred unicorns, hoping that the super-success of a few will compensate for the collapse of at least half the others? If the answer is “yes”, then go ahead. But most middle-class readers will be safer and saner, making modest profits through the retail quota of IPOs. They should also keep a fair share of assets in fixed deposits or debentures.