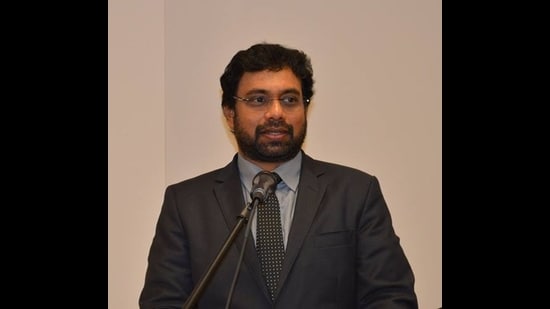 Ever since the Pegasus row erupted, after an international media consortium reported that numbers of many Indian politicians, activists, business executives and journalists were on a list of potential surveillance targets, Parliament has not functioned effectively.

Rajya Sabha member of Parliament and Communist Party of India (Marxist) leader John Brittas, last week, took the demand for an inquiry to the Supreme Court. The first time MP, who served as Kerala chief minister Pinarayi Vijayan’s media advisor, spoke to HT about the issue:

Why did you take the Pegasus issue to the Supreme Court?

I am a member of Parliament, but more than that, I feel I am a journalist. I have been in journalism for the last 30 years, and I think that the Pegasus issue is eating into the vital organs of democracy. For a week now, we have been trying to shake the indolence of the government, trying to extract a statement from the government as to whether they have bought the Pegasus spyware or they haven’t. So far, the government has been evading this and they have not spoken categorically in the reply to the parliament.

The government has pointed out that the stories on Pegasus and statements of groups such as Amnesty say that it is not clear if all the numbers on the list were hacked. Do you think that kind of takes away from the shock value of this particular case?

Just dragging Amnesty International cannot absolve the government of the responsibility. Let us be very clear about it. Seventeen media organisations — and some of them are very reputed — have vetted everything and have categorically said that India is one of the countries where spying, snooping or surveillance is involved. Now, if the Indian government says that they are not part of this Pegasus spyware, then a foreign agency must be doing this. It’s all the more important. That means it’s a breach of our sovereignty and the independence of the nation.

Otherwise, just think about which are the organisations that have come under the spyware — the media, legislature, political personalities, investigating officers, activists, a judge; none is left out of the Pegasus network. So in this context, to reassure Houses that India is a democratic country, we need to have the reality.

The government has been trying to get the House to run. What are the managers of the ruling party saying to you about this?

I don’t think the government is very sincere with regard to the functioning of the House. The only thing is that the government has to make it categorical whether they have bought the Pegasus spyware or hired it. In 2019 itself, when this issue came up in Parliament, the then minister Ravi Shankar Prasad hadn’t replied to it properly. So, this issue is looming over India for the last two or three years and now we have to get an answer to it. The Bengal government has gone ahead and ordered a judicial inquiry but we really want an investigation that is fruitful.

It is very easy to belittle the issue. In fact, when the session started, there were multiple issues at the fore — price hike, fuel prices, farm laws and agitation. Pegasus was one among the issues. We really want all these important issues to be debated and deliberated on the floor.

But on Pegasus, let’s understand that if democracy has been crippled, if all the pillars of the democracy are being crippled, then what is the purpose of the constitution that we swore to? It is not just an invasion of privacy but crippling of the democratic system and democratic process. Since Supreme Court is the custodian of this democracy and the constitution, we feel that it can come up with a probe that will bring the reality out.