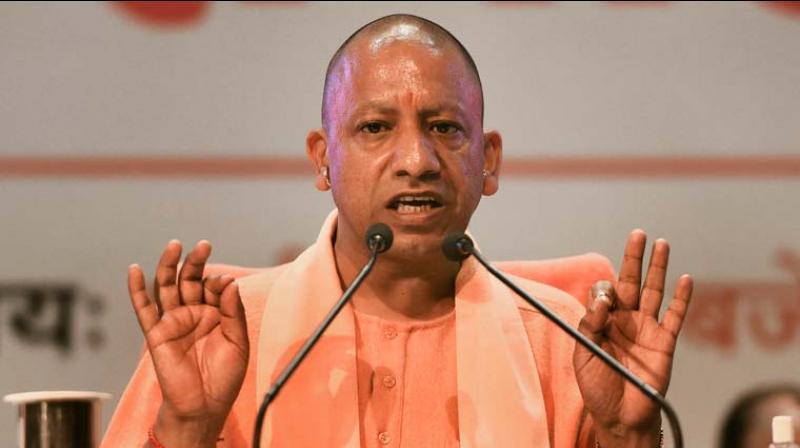 The Yogi Adityanath government in UP has hardly lagged behind and has made proposals of a similar nature. (PTI Photo)

Not since the dark days of the Emergency, when the late Sanjay Gandhi became an extra-constitutional authority and ordered a mass sterilisation drive in which the poor were mostly caught up, have we heard of coercive population control policies. The Himanta Biswa Sarma government in Assam kicked off with blatant public announcements last month, asking the Muslim minorities to be “decent” and adopt a two-child norm, the implication being that Muslim couples alone have more than two-children.

The Yogi Adityanath government in UP has hardly lagged behind and has made proposals of a similar nature. Fundamentally, in both Assam and UP, the idea is to deprive families with more than two children of government benefits and subsidies, and to accord benefits to families with no more than two offspring.
While this is not spelt out, the unspoken assumption seems to be to get at the minorities, although it is not yet clear how the issue would pan out in the case of non-Muslim families which have two children or more. So, there is turmoil on the horizon if the policies under consideration are sought to be implemented.
As far as the Hindu Right goes, the idea of population control for Muslims goes back a long way. It is interesting to recall that the Jana Sangh, the precursor of the BJP, tore into Indira Gandhi for the Emergency, but not Sanjay Gandhi — the architect of the sterilisation drive — whose widow afterward found a place of honour in the saffron party.

Indeed, before the Assam and UP state government plans were put on the table in recent weeks, some BJP MPs had moved private member Bills in Parliament along similar lines. One of them, Ajay Bhatt of Uttarakhand, was recently made a minister. Rakesh Sinha, a nominated Member close to BJP, moved a similar Bill, as did Ravi Kishan, a UP MP. Mr Sinha appears to be keen on reviving his Bill in the upcoming Monsoon Session of Parliament.

The idea that large populations dragged down economic growth, and hence practically wiped out prospects of rapid economic development in developing societies, once had a measure of acceptance even in academic literature. But the very fast rise of China has doused enthusiasm for that view. The forcibly implemented one-child policy has had to abandoned. It led to serious economic consequences with the shrinking of the labour force and the rise of older people demanding state support.

Curiously, the push for state-enforced disincentives for having more than two children has come from influential BJP quarters even as Beijing has recognised the negative impact of its state-enforced population control policy on the economy.

Standard economic development theory shows that more children are associated with poor societies as more children translate to more earning members in conditions of poverty. According to the last population census (2011), the rate of growth of population among Muslims was higher than the Hindus. This is consistent with the official finding that Muslims in India are poorer than even the scheduled caste population on average, and have a literacy rate that is well below the national average.

However, it is important to note that, according to the National Family Health Survey-3, fertility is declining at a faster rate among Muslims than among Hindus. This aspect is wholly lost in popular — especially political — discourse as communal agendas are sharpened on the basis of faster (although declining) population growth data. The poverty angle is wholly discounted as higher populations are spuriously co-related to religious teachings, fuelling majoritarian anxieties.

When a comprehensive national effort is needed to fight the pandemic, the present dispensation is expected to have squelched population-related communalism. It has done no such thing.