Sophisticated surveillance attempts like Pegasus, which bypass data protection architecture and regulatory oversight, must be met with public outrage, which can only emerge from commitment to constitutional morality. 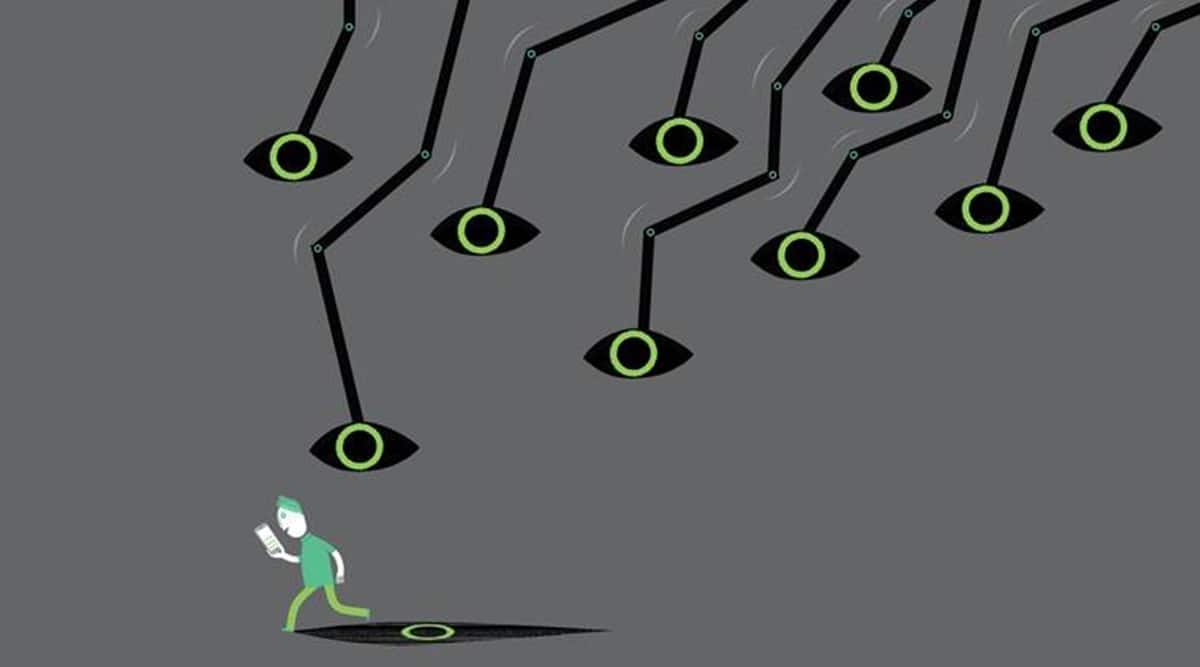 What is even more worrisome is that there seems to be a significant veiled popular opinion — among friends and families — that justifies such transgressions in the name of national security.

The recent allegations and reports by Arsenal Consulting and Amnesty International on targeted electronic surveillance of selected activists, politicians, journalists, businessmen and even scientists are disconcerting, to say the least. Not only does the sophistication of the attacks engender a sense of resigned helplessness, but the incidents — if true — also have a chilling effect on personal and civil liberties that are crucial for a democracy to function. What is even more worrisome is that there seems to be a significant veiled popular opinion — among friends and families — that justifies such transgressions in the name of national security.

If indeed the charges against some of the jailed activists in the Bhima Koregaon case are primarily based on evidence in the seized hard disks, then the Arsenal reports — if verified — should weaken the grounds significantly. According to the Arsenal reports, there is clear evidence that the incriminating files were planted in the hard disks from remote command-and-control centres by unknown entities, even before the disks were seized, and that the activists were apparently not even aware of their existence. While some parts of Arsenal’s forensic analysis were based on proprietary tools, several other aspects of the reports should be verifiable by independent experts — and many in India should be able to do this — using publicly available resources. The offending files were apparently injected by planting a Trojan malware called NetWire by orchestrating some kind of phishing attacks on the unsuspecting activists. This kind of attack is fairly standard and the presence of NetWire can apparently even be detected by some of the commonly available virus and malware scanners. Given that such attacks are a reality today, governments and legal authorities need to ensure that digital evidence arising out of such forensic analysis is admissible in courts.

In contrast, the Pegasus attacks described in the Amnesty International report are significantly more sophisticated, and defending against such attacks, even by careful and informed victims, is going to be almost impossible. They are “zero-click” attacks that do not even require a mistake by a victim to be successful. They exploit carefully analysed vulnerabilities in software and apps or orchestrate network injection attacks through clever redirections using tactical devices, compromised network devices, or even rogue cell towers.https://images.indianexpress.com/2020/08/1×1.png

For example, they apparently exploited unknown vulnerabilities in the WhatsApp and iMessage apps to inject malware payload through fake WhatsApp videos and iPhone messages. For general purpose devices with a wide variety of applications, it is almost always going to be computationally intractable for the hardware and software designers to ensure that no compromised state can ever be reached. Hence, vulnerabilities are inevitable and are likely to be discovered if a large number of well-paid expert attackers have a go at things. Also, given the current legacy network access protocols, it is rather difficult to prevent a determined and resourceful attacker from successfully carrying out silent network injection attacks in commodity user devices.

Moreover, it is difficult to detect attacks like Pegasus because they frequently change methods and signatures. Pegasus was apparently also designed to self-destruct on detection attempts, though, according to the Amnesty report, it did not entirely succeed and left traces. While one always theoretically understood the possibilities, that such James Bond-like tools actually exist and are used by governments is certainly an eye-opener.

So, what can be done? Can a data protection law help victims seek redressal and hold the perpetrators accountable as suggested by Justice B N Srikrishna (IE, July 23)? Perhaps unlikely, because for every instance of an Amnesty report, there will likely be many more undetected instances of Pegasus-like infringements. Stealth attacks are not only difficult to detect but are also difficult to prove and easy to deny, so ex-post redressal will always be uncertain.

This is not to say that a data protection law is not required. Such a framework is essential for defining the contours of lawful surveillance and data processing. The state may have some legitimate requirements for surveillance if it has to keep us safe, but they cannot be outside the ambit of the law. There can be no doubt that the country urgently requires surveillance reforms and data protection standards. However, for them to be effective, apart from analysing the proportionality of the surveillance requirements, they must also address the operational aspects of the legal and technical standards necessary for an effective privacy protection architecture. There have to be clear standards for defining authorisation chains and purpose specification, and technical guarantees for purpose limitation, access control and prevention of authorisation violations. This, in turn, would require maintaining tamper-proof logs, regulatory oversight and audit. The emphasis has to be on ex-ante prevention rather than on ex-post detection of violations.

But what if a malware injection and surveillance attempt as sophisticated as Pegasus altogether bypasses the data protection architecture and regulatory oversight? Then, opposition from within the organisations, as well as strong public outrage and disapproval, can perhaps be the only effective deterrents for such misadventures. Without these, neither law nor technology can be of much help. However, for such resistance to find sufficient voice, the society has to repose faith in constitutional morality.

The right to dissent is a hallmark of democracy, and we must ultimately learn to distinguish criticism and protests from terrorism and other criminal acts. Unfortunately, in recent times, there has been a significant erosion of constitutional values, and they probably do not even teach constitutional principles in our schools anymore. The commitment to the rights to free speech and liberty — as espoused in Articles 19 and 21 of our Constitution — seems to be wavering not only in government functionaries and administrators, but also in the public at large. As such, combatting unlawful surveillance through stealth attacks and protecting privacy are going to be uphill tasks.