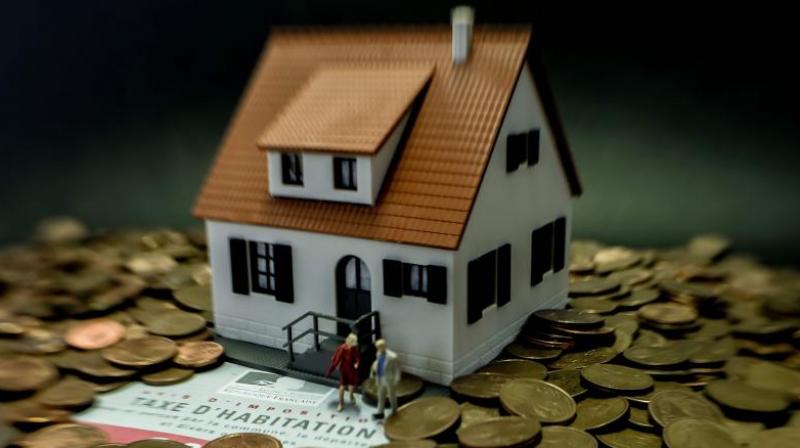 CEA to claim a better way of helping the urban poor is a government-backed loan scheme run by micro-finance institutions. (AFP Photo)

I am rarely surprised when people in government say silly things. It happens all over the world with a frequency that’s quite frightening. Indeed, I sometimes wonder if it’s a necessary qualification for the high office they hold? But a recent op-ed by our own chief economic adviser, arguing that government-backed loans are a better way of helping the urban poor than an employment guarantee scheme, is in a class of its own. Krishnamurthy Subramanian’s article stands out for two reasons — the convoluted logic of his arguments as well as the moral ambivalence of his conclusion.

The CEA’s article begins by arguing that an urban version of MGNREGA, the rural employment guarantee scheme, would be the wrong way of helping the urban poor devastated by the second wave of Covid-19. First, he claims, there are “large inefficiencies that stem in normal times from the permanent entitlement” that an MGNREGA-style scheme creates. He doesn’t say what these are but still insists they are “hard to unwind”. And because an urban job guarantee “would suffer the same fate” he’s against it.

Second, he argues, urban skill levels vary and, therefore, a “one wage for all will not work as (it does) with rural MGNREGA”. This is his second reason for ruling it out. Third, he says, “an urban-job guarantee programme would… increase migration into urban areas”. This is because the urban wage level would have to be higher than a rural one. That, he believes, is the magnet which would attract rural hordes to our cities.

Frankly, these are spurious arguments. For a start, the “inefficiencies” are neither specified nor explained. I wonder why? Then, the claim that because skills vary wages must also differ begs the question why. That isn’t the case in rural India, where MGNREGA pays landowners the same as landless labour. More tellingly, in Western democracies, the unemployment benefit is the same whether you’re an out-of-work CEO or a factory floor technician. So why should it have to be different in urban India? And the claim that an urban MGNREGA would increase migration is, at best, only one reason why rural-to-urban migration happens and, arguably, by no means the most important.

However, despite the deficiencies in his argument, this blithe dismissal of the idea of an urban MGNREGA opens the way for the CEA to claim a better way of helping the urban poor is a government-backed loan scheme run by micro-finance institutions. This is because MFIs have “about two crore borrowers” from “urban and semi-urban areas”. Therefore, he concludes, “MFIs have a large reach to the urban poor”. Because the urban poor are migrants from other states, an entitlement-based scheme’s reach would be less. But he simply asserts this.

He provides no proof.

Now comes the morally ambivalent bit of the CEA’s logic. “When a loan is given by (an) MFI and fully guaranteed by the government, this scheme serves as a quasi-cash transfer targeted to the genuinely distressed”. Why? Because he has assumed that it won’t or doesn’t have to be returned. “This category of borrowers will avail the loan and default on it”. He’s also assuming that the government or the MFI concerned will accept that outcome and not take strenuous measures to recover the money. Again, why? Because, as far as the MFI is concerned, the loan is guaranteed by the government.

So, now, what does this amount to? This is where my moral concerns are writ large.

First, the CEA has assumed that the urban poor will seek loans to alleviate their distress even though they can see no credible possibility of repaying them. A few, no doubt, may but the majority — particularly the very poor — are unlikely to add to their burdens when they are already down on their knees. Instead, as migrants from rural India, they would probably opt to go home. Has he forgotten the tens of millions who did just that last year? Perhaps his eyes were averted? Or perhaps he did not want to see? After all, you can pretend to be blind even when your eyes are wide open.

Second — and this is truly inexplicable — he’s cheerfully assumed that if the urban poor do incur debt they’ll feel no obligation to repay it. This is why he says such loans “work effectively as a quasi-cash transfer to the genuinely distressed”. But on what basis does he make that assumption? Grameen Bank — and let’s not forget our own MFIs — succeeded because the poor honour their debts. It’s the rich who don’t. Think of Vijay Mallya, Nirav Modi and Mehul Choksi.

Third, an employment guarantee scheme is a right, like the dole is in the West. It’s guaranteed by the law and upheld by Article 21 of the Constitution which confers the right to a decent life. A loan, on the other hand, is given at someone’s discretion after evaluating the borrower’s capacity to repay. You also have to request for one and it could be refused. It’s not a right. Yet the CEA believes the latter is superior.

Fourth, as Jayati Ghosh points out, the CEA wants the poor to take on debt they can’t repay instead of the government taking on debts it can. And he calls this welfare!

The truth — but that’s not something the CEA is likely to admit to — is very different. It’s almost entirely to do with the cost the government is prepared to bear to help the urban poor. An urban MGNREGA would cost a substantial amount. Guaranteeing a loan is incomparably cheaper. But that’s not all. The government will only have to pay when and if a default happens. So, the impact on the fiscal deficit could be next year or even the year after. By then, with luck, the economy could be growing faster and the deficit easier to manage.

There’s also something else the CEA won’t acknowledge. This is a mean-spirited, low-hearted and unkind way of treating your fellow citizens. Boris Johnson and Rishi Sunak would have been kicked out of office if this is how they had responded to urban unemployment in Britain. If Mr Subramanian had the guts, he would have said that we can’t afford an urban MGNREGA which is why we’re not implementing one. Because that’s the truth.

Alas, he has chosen to behave like Marie Antoinette. She offered cake when there was no bread. He’s offering loans to people who can’t afford debt!