ICICI Bank Q1 preview: Analysts, across-the-board, remain bullish on the lender’s bottom line figure and expect the profit after tax (PAT) to grow anywhere between 59 per cent to 95.5 per cent YoY 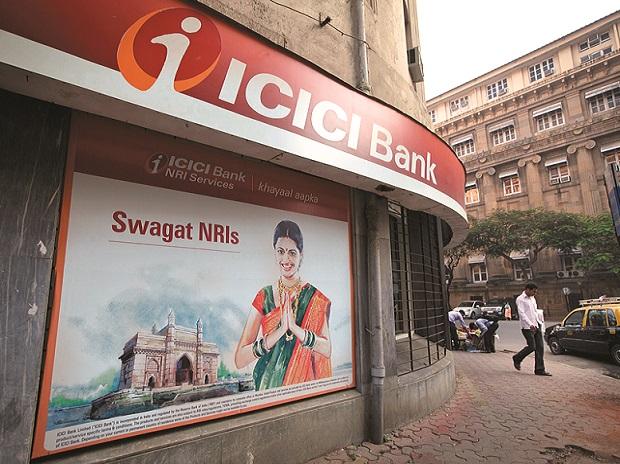 ICICI Bank Q1 preview: After a disappointing June quarter (Q1FY22) show by HDFC Bank, all eyes would be on ICICI Bank to gauge if the former’s numbers were one-off or if they were a hint at a broad-based trend. The latter is scheduled to announce its Q1 results on Saturday, July 24.

Analysts expect ICICI Bank to outperform peers by reporting a stable June quarter with up to 15 per cent growth in net profit on a quarterly basis along with flattish non-performing assets (NPA) numbers.

On the bourses, the scrip of the Mumbai-based lender surged around 9 per cent during the quarter as against a 7 per cent rally in the benchmark Nifty50 index and 4.4 per cent gain in the Nifty Bank index, ACE Equity data show.

Analysts, across-the-board, remain bullish on the lender’s bottom line figure and expect the profit after tax (PAT) to grow anywhere between 59 per cent to 95.5 per cent over the previous year. Motilal Oswal Financial Services has given the most conservative estimate of Rs 4,140 crore while global brokerage Nomura has pegged the PAT at Rs 5,082.1 crore. Both these figures mean a sequential rise between -6 and 15.4 per cent.

“We are building in a 0.3 per cent QoQ and 16.6 per cent YoY loan growth and marginal margin expansion at 389bps leading to a net intereest income (NII) growth of 16.5 per cent YoY… We also expect a 16 per cent YoY decline in operating profit growth as the bank had stake sale gains of Rs 3,100 crore in 1QFY21,” wrote analysts at Nomura in their earnings expectations report. The lender had clocked a net profit of Rs 2,599.2 crore in Q1FY21 and Rs 4,402.6 crore in Q4FY21.

“The bank continues to see strong growth in retail deposits and has succeeded in building a robust liability franchise over the past few years. It has one of the lowest funding costs (with cost of deposits declining to 4 per cent) among the private banks; this has enabled the company to underwrite a profitable business without taking undue balance sheet risks, thus supporting the margin further,” observed MOFSL in its pre-earnings report..

The retail mix remains healthy, with the CASA ratio at 46.3 per cent, retail contribution-to-fees at ~78 per cent, c) the loan mix increasing to ~67 per cent. Given this, the brokerage believes ICICI Bank appears firmly placed to deliver healthy sustainable growth, led by a focus on the core operating performance.

Analysts at Kotak Institutional Equities estimate provisions on bad loans to decline 70 per cent YoY and 20 per cent QoQ to Rs 2,306.8 crore from Rs 7,594 crore and Rs 2,883.5 crore, respectively.

“We expect provisions to slide down and the bank is likely to use some of the Covid provisions made in FY2021. We are building slippages of 2 per cent (Rs 4,000 crore) but we see a solid commentary on recovery to normalised levels of their loan book from an asset quality perspective,” they said in an earnings preview report.

On the contrary, Prabhudas Lilladher expects provisions to increase 6.6 per cent QoQ to Rs 3,073.7 crore.