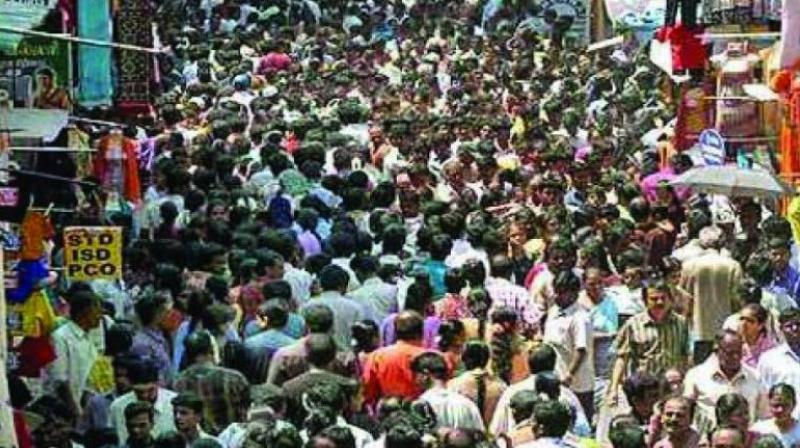 Uttar Pradesh’s draft Population (Control, Stabilisation and Welfare) Bill 2021 is the best example of what is proposed. (Representational Image: PTI)

While I am not an expert on population concerns, I am intrigued by the recent obsession of the ruling authorities in Uttar Pradesh, Assam and Lakshadweep with limiting families to two children. They’re considering measures, including legislation, to incentivise parents who adhere to the two-child norm whilst penalising those who don’t. Is this a hint their prospects of development are so poor that our much-vaunted demographic dividend is in danger of transforming into a disaster? Or have they become converts to a cause Sanjay Gandhi championed during the Emergency over 45 years ago?

Uttar Pradesh’s draft Population (Control, Stabilisation and Welfare) Bill 2021 is the best example of what is proposed. The penalties include debarment from government-sponsored welfare schemes, contesting local authority elections, applying for state government jobs and promotion in government service. Also, ration cards will be limited to four persons. The fact that some of this would deny constitutional or legislative rights hasn’t been addressed.

The incentives include a three per cent increase in the employer’s contribution to pensions, two additional increments during the entire  service tenure, subsidies to help purchase plots of land or build houses, soft loans and rebates on utilities such as water, electricity and house tax.

There are also special benefits for the children of parents who only have one child. These include free healthcare and insurance upto the age of 20, free education upto graduation, preferential admission in educational institutions, including IIMs and AIIMS, and assistance in securing government jobs. I find this package particularly strange because children who are denied these benefits are being disadvantaged for what their parents did or, rather, refused to do. How on earth do you justify that?

Now, I first asked myself, what’s the need for all of this? Justice A.N. Mittal, chairman of the UP Law Commission, who proposed the bill, says: “Resources are already over-stretched due to the increasing population. Be it medical facilities, foodgrains and jobs, everything is under stress due to the rising population.” But is this Malthusian anxiety justified or contrary to well-known facts?

More important, the national Total Fertility Rate (TFR), which is the number of children likely to be born to a woman in her lifetime, is down to 2.2, just above the replacement level of 2.1. In fact, in 25 out of 28 states and six out of eight Union territories it’s already down to 2.1 or less. In 18 states it’s at 1.8 or lower. In Sikkim it’s just 1.2.

So, the next question is: do we have a specific problem in Uttar Pradesh, Assam and Lakshadweep? Again, the facts suggest not. The TFR in Lakshadweep is 1.4 and, according to the National Family Health Survey (NFHS-5), in Assam it’s 1.9. This is well below the replacement level of 2.1. In fact, in these two states, the populations are shrinking.

At first Uttar Pradesh seems different. According to NFHS-4 its TFR is 2.7. However, I’m told the 2019-20 NFHS-5 figure for UP — which is yet to be released — is 2.5. More important, population projections done by the National Commission on Population, a part of the health ministry, says UP’s TFR will be 2.1 by 2025. The conclusion seems obvious — UP’s TFR may be high but it’s steadily falling. There’s no need for drastic measures.

So, if secular facts don’t justify what these governments are proposing, are they, surreptitiously, targeting a particular community? Actually, that’s pretty obvious in Lakshadweep’s case because 96 per cent of the archipelago’s population is Muslim. The answer is equally clear when you come to Assam’s 34 per cent Muslim minority. The state’s chief minister has admitted to PTI that one of his aims is to “check the growth of (the) Muslim population”.

Ironically, UP’s Yogi Adityanath has been guarded in admitting this. “Every section of society has to be associated with the awareness of the campaign”, he has said. I assume that’s code for the state’s 19 per cent Muslims.
Now, finally, let’s come to the moral issue and then ask whether such incentives or penalties work.

How many children parents choose to have is, I believe, their prerogative. My grandparents had ten, my parents four, my sisters two each and one. I have none. We weren’t pushed towards a particular number. We decided for ourselves. And so it should be. Except in critical situations, the State has no business to influence this decision. And as I have just shown, far from a crisis, the situation is steadily and significantly improving. And not just nationwide but specifically in Assam and Lakshadweep, whilst it’s heading in the right direction in UP.

In these circumstances the Population Foundation of India (PFI) believes the proposed incentives and penalties might well lead to undesirable outcomes. Several states have tried something similar but failed to bring down the fertility rates. Instead, they saw a rise in sex-selective and unsafe abortions, men divorcing wives so they could stand for elections and families giving children for adoption to avoid penalties.

If there really is a need to reduce the fertility rate, PFI’s executive director Poonam Muttreja suggests that India could learn from Sri Lanka as well as Indonesia and Bangladesh, two Muslim countries. They reduced theirs by increasing the age of marriage, ensuring high levels of female education and greater employment opportunities and, of course, “a bigger basket of contraceptive choices”.

Incidentally, the Assam chief minister’s statement that Muslims must adopt “decent population control measures” is belied by the facts. Ms Muttreja points out that the use of modern contraception is the highest among married Muslim women. It’s 49 per cent. For Christians it’s 45.7 per cent and for Hindus 42.8 per cent. So, if encouraging contraception is his intention, it seems he has the wrong community in mind!

Before I end, let me mention one other matter. This time it’s a genuine problem: the sex ratio at birth. After improving to 909 in 2013, it’s fallen to 899 in 2018. As Ms Muttreja sums up: “Indians want less children now but want them as sons.” That’s a very different problem to the one UP, Assam and Lakshadweep are intending to address. In fact, what they propose could make it worse.

The writer is a television commentator and anchor