Vehicles, computers, mobile phones, and other smart gadgets, with sticker prices ranging up to thousands of dollars, are stuck on assembly lines for lack of components 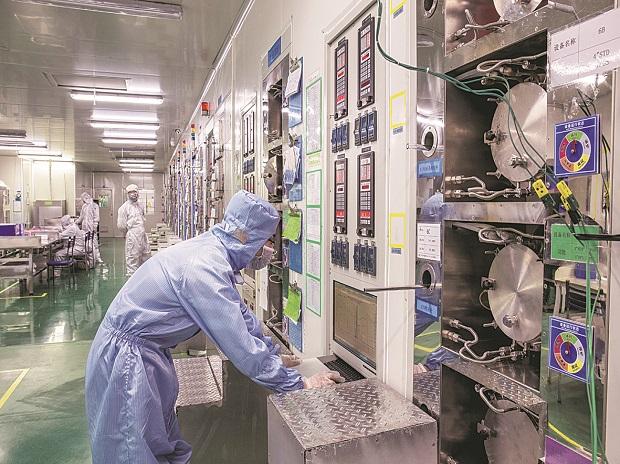 The opportunity costs of lower production will run into many billions.

Vehicles, computers, mobile phones and other smart gadgets, with sticker prices ranging up to thousands of dollars, are stuck on assembly lines for lack of components that may just cost a couple of dollars

In the last three months, many large global and domestic auto manufacturers — Tata Motors, Ford, Mahindra, Volkswagen, Audi, Fiat, General Motors — have issued advisories stating production levels will be held well below capacity. Electronics giant Apple has also said it cannot produce iPhones fast enough to meet demand. Sony has struggled to meet demand for its new Playstation5. More­over, many of these companies have stated that they expect production cuts to last until mid-2022, at least.

The opportunity costs of lower production will run into many billions. The causes are the same across diverse industries. Supply chains are stuttering due to a shortage of chips. Even Intel, Qualcomm, and AMD, chip manufacturers themselves, are experiencing shortage in key components.

Semiconductor manufacturers are working desperately to increase capacity, but it will take a while. Until chip supply rises to meet demand, and the best guess seems to be mid-2022 or later, one can see an apparently absurd situation: Vehicles, computers, mobile phones, and other smart gadgets, with sticker prices ranging up to many thousands of dollars, are stuck on assembly lines for lack of components that may just cost a couple of dollars.

How did this happen? The demand for certain categories of chips surged during the pandemic. As Work from Home, Study from Home and Play from Home became the norm, people bought more PCs (the PC and laptop market witnessed its best year of growth since 2009-10), smartphones (Apple and Samsung had huge revenue growth), high-end Wi-Fi equipment and routers, printers, home theatre systems, and so on. They also bought smart home gym equipment like Bluetooth-enabled exercycles and treadmills; and they bought game consoles and headphones. Cloud service providers had to expand capacity to service this new demand, which meant that they needed more chips, too.

Every one of those gadgets and gizmos, not to mention cloud servers, contains chips of some description, usually multiple types. Apart from the major processing units, there will be chips that do vital things such as manage power, monitor screen displays, connect to routers, camera sensors, and the like.

This surge in demand meant capacity in the semiconductor industry was stret­ched. At the same time, auto manufacturers saw a slump in sales. Cars and bikes contain lots of chips, mostly lower-end ones. There are chips and sensors embedded everywhere in modern vehicles.

Most automobile companies (if not all) use just-in-time (JIT) manufacturing paradigms to source components. So, they cut their standing orders with semiconductor companies. Ironically, Toyota, which was a pioneer in JIT, was flexible enough to stock up on chips during the pandemic and as a result, it now claims it has several months of chip inventory and, therefore, need not cut production.

A faster-than-expected recovery in the global economy then coincided with a behavioural change in consumers. People shifted to personal vehicles from crowded public transport. That meant automakers were caught flatfooted a second time and when they tried to increase chip orders, they discovered that they were behind in the queue. Apple alone consu­mes more semiconductors (worth $58 billion) than the entire global auto industry ($40 billion) and mobile phones use higher-end, higher-margin chips compared to cars. So chip makers had little incentive to prioritise the auto industry.

There are very few semiconductor manufacturers in the world. Most of the contract capacity is with TSMC in Taiwan and SMIC in China, with a few other players such as Samsung, which consumes a large percentage of its chips internally (apart from supplying chips to rivals like Apple). There are also specialty players such as SK Hynix, which manufacture memory. In addition to the supply crunch, the US-China trade war meant SMIC couldn’t import high-end manufacturing equipment to increase capacity from the US, or sell to American companies. This exacerbated the situation.

There are many, many chip designers — but “fabless” is the normal state of affairs for a chip company. The company designs the chip and then contracts out to Taiwan or China for the fabrication. Economies of scale are vastly important.

A full-fledged fab facility of reasonable scale requires upwards of $15 billion in investments. Even a smaller specialised facility will require at least $3 billion in investments. Setting up new chip fabrication facilities takes quite a while. Apart from land, equipment, and skilled labour, a fabricator needs vast quantities of absolutely pure water, or it has to set up excellent water purification and recycling systems. This is a constraint. It is one reason India’s initiative to encourage domestic semiconductor production and attract overseas fabricators is not going to be easy because pure water is a very scarce resource in India.

TSMC says it will spend $28 billion to expand capacity and its new facilities will come online with full production over 2022-23. Most projections suggest the chip shortage will start easing in mid-2022, with some categories seeing faster improvements in supply, and some staying under pressure till 2023. Apart from India, the European Union is offering incentives for fabricators, and the US is thinking about it.

The shortage will, of course, mean shortages and inflated prices across many downstream categories. It could be a windfall for those who have more assured supply. Samsung and Toyota have both raised earnings estimates by over 50 per cent, which is amazing for mega-billion multinationals. Even so, Samsung, which consumes over $36 billion worth of chips internally and sells another $56 billion, says it would have done better if it hadn’t faced a supply crunch. The management theorists will be studying what happened in the semiconductor industry for years to come.