Of the three healthcare baskets that PharmEasy is targeting, it has already created a significant presence in consultation and treatment 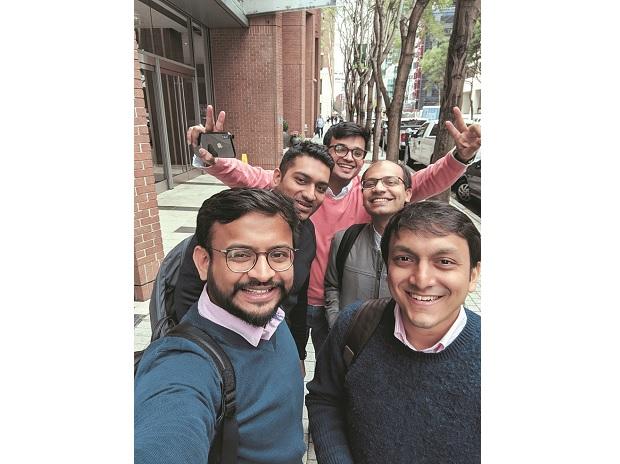 API Holdings, the parent company of online pharmacy PharmEasy, announced last week that it would pick up a 66.1 per cent stake in diagnostics firm Thyrocare for Rs 4,546 crore. It is the first unicorn to acquire a listed company.

One of the biggest consolidations in the domestic health care space, the deal was struck in record time at the Mumbai residence of A Velumani, founder of Thyrocare.

The deal is also a milestone for five friends from the Mumbai suburb of Ghatkopar, who called themselves the Ghatkopar Gujju gang, and set up PharmEasy in 2015.

Of the three healthcare baskets that PharmEasy is targeting, it has already created a significant presence in consultation and treatment. With the acquisition of Thyrocare, it will now build the third basket — diagnostics.

Experts feel that with Thyrocare, PharmEasy is not only acquiring a brand and the infrastructure for diagnostics, but also a profitable business. Thyrocare’s revenue grew 14 per cent year-on year to Rs 494.6 crore in FY21, with a net profit of Rs 113 crore and Ebitda of 37 per cent.

The acquisition of a profitable business is good news for PharmEasy as it looks at an IPO. Reportedly, the company intends to raise Rs 3,000-3,500 crore via listing in public markets in the next 12-18 months.

For PharmEasy’s founders, it all started in 2012 when Siddharth Shah incorporated a company called Dial Health as part of a project during his IIM Ahmedabad days.

While Dhaval is a doctor by profession, Dharmil, and Hardik are engineers by training, and Harsh is an MBA graduate.

It so happened that Dial Health failed miserably. “The only people who believed in us at that time were our parents,” said Siddharth Shah during an investor call.

However, the experience enabled the five friends to understand that pharma was a highly fragmented market and that retailers did not have the ability to deliver medicines in a short span of time.

“The only way to make the front end work was to consolidate the backend,” said Siddharth Shah. So they went ahead and consolidated the digital and retail business and PharmEasy was born in 2015.

Possibly the largest digital outpatient healthcare ecosystem in the country today, PharmEasy has over 12 million registered users and over 17 million active monthly users. It also has a B2B platform called Retailio which delivers medicines to 90,000 retailers in India spread across 140 cities.

“We are now the proud Students of Thyrocare Technologies (not acquirers/buyers) and are taking the 1st step towards learning to make affordable, reliable and quality testing across the country a reality !!,” wrote Dhaval Shah on LinkedIn after the deal was announced.

PharmEasy also plans to invest heavily in technology to give customers a superlative experience. In the works are a recommendation engine to ensure that patients do not do unnecessary tests, a QR-code based verification system to provide end-to-end control of samples, and end-to-end visibility from the time that a customer books a test until the process ends, and so on. The entire process could take 18-24 months, according to company sources.

“Today from a fragmented experience in the OPD value chain, tomorrow you will have an integrated experience, which will be digital-first,” asserts Siddharth Shah.

From a gross merchandise value of $1.4 billion last year, the digital healthcare services sector is expected to grow 10 times in the next 4-5 years. And major players such as Tatas, Reliance and Amazon are moving in to cash in on the opportunity.

Earlier this year, API Holdings also acquired online pharmacy Medlife in a deal of over $200 million. Backed by marquee investors such as Temasek, TPG Growth, Prosus Ventures, and Orios Venture Partners, the company is also planning to venture into the health insurance segment.