The bulk of the NBFC business is cornered by the top ten players, and they include several state-run entities. 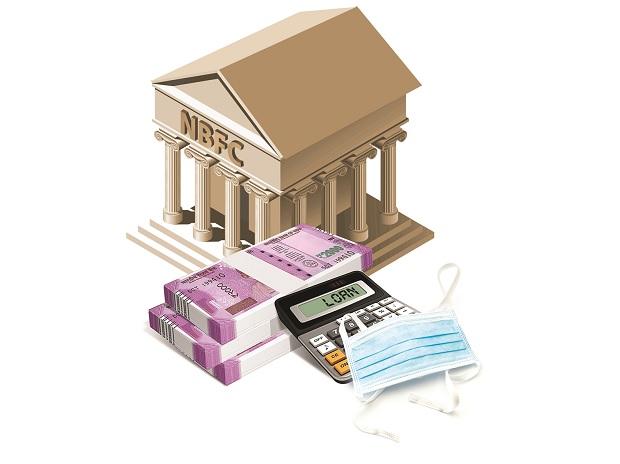 Y S Chakravarti, managing director and chief executive officer (CEO) of Shriram City Union Finance, has a laundry list of measures that he believes will ease the pain of non-banking financial companies (NBFCs). He wants “a stand-still facility to enable borrowers to tide over the pressures they face in servicing loans,” and believes that “revisiting bad-loan classification norms will also help”.

He suggests that these should be relaxed to 180 days, from the present 90 days. ICRA Ratings reckons that housing finance companies (HFCs) will feel the stress of the Covid-19’s second-wave lockdowns, because 25-30 per cent of their loan collections happen through field teams, and this is largely in cash.

Juxtapose the above with the observation in a paper authored by three Reserve Bank of India (RBI) officials in its latest monthly bulletin — Nandini Jayakumar, K M Neelima, and Gopal Prasad from the department of economic and policy research — that NBFCs are a resilient lot.

While this is not necessarily the RBI’s view, the paper notes that the consolidated balance sheet of shadow banks saw annualised growth of 13 per cent and 11.6 per cent in Q2 and Q3 of 2020-21, respectively. And, “this double-digit growth in an adverse macroeconomic environment points to the resilience of NBFCs, which were able to cushion the impact of the pandemic on their balance sheets through quick adoption of technology, policy support and reasonably strong fundamentals.”

The bulk of the NBFC business is cornered by the top ten players, and they include several state-run entities. The sample size in the paper covers only NBFCs that have regularly filed returns from March 2019 to December 2020, but represent around 78 per cent of the assets of NBFCs in December 2020.

Of this, NBFCs that are investment and credit companies had 50.3 per cent of the assets at end-December 2020, while infrastructure finance companies — largely owned by state governments — had a share of 45.8 per cent. Microfinance institutions made up for two per cent. How is one to square this stance with that of NBFCs, which are crying out for a second round of forbearance measures?

“From a systemic level, the authors are right. But this resilience was because of the moratorium. That’s not the case anymore,” says the CEO of a large NBFC. He refers to the part in the paper which says: “The full effect of the pandemic on asset quality, however, may only become evident over time”. NBFCs worry that that time is upon them.

Not business as usual

As Gunit Chadha, founder, APAC Financial Services, points out, “NBFCs need long-term liquidity, and at fair interest rates, to grow long-term loans across small and micro enterprises. While banks have RBI as a lender of last resort, and HFCs have refinance from the National Housing Bank, NBFCs have no such liquidity facilities.”

One idea, according to him, is for a government-sponsored agency or the RBI to provide such liquidity lines to NBFCs for long-term loans made to new-to-credit borrowers, which promotes financial inclusion and serves the under-served. “This would aid NBFCs not only to manage their asset-liabilities better, but have the confidence to grow loans which promote financial inclusion in deeper India. It’s a win-win for all, aligned to government priorities,” he adds.

Vimal Bhandari, executive vice-chairman and CEO of Arka Fincap, reckons that “If NBFCs are to restructure their loan exposures, it would be appropriate that banks support them on their liabilities side by meeting the asset-liability gap to avoid any resultant mismatch.”

What few are willing to say on record is that there are other issues at stake here as well. The central bank is expected to come out with guidelines for new private banks following the report submitted by its internal working group. NBFCs with ambitions to win a banking licence may not be willing to take undue risks and blot their copy book, but may opt to refrain from lending.

This can squeeze incremental credit flow to industry. There is also the revised regulatory framework for NBFCs (the draft of which was released subsequent to the RBI’s internal working group’s report), which is in the works.

What has also gone below the radar is that yet another RBI working group’s report set up to review extant regulations on core investment companies (CICs) had said in November 2019 that the number of layers of such entities within large corporate groups is to be restricted to two. This was to cut down on over-leveraging of funds.

According to figures released by the banking regulator at that time, as of August 2019, there were 63 CICs registered with it. In FY19, they had total assets of Rs 2.64 trillion and approximately Rs 87,048 crore in borrowings. The top five CICs accounted for some 60 per cent of the assets and 69 per cent of the borrowings of all CICs.

The deadline for adhering to the new CIC norms was not made explicit, and the wording was vague — “adequate time of say, two years, to the existing groups having CICs at multiple levels be given.” If these guidelines are not to be relaxed, large conglomerates will be in a spot.

It doesn’t make for a pretty picture for NBFCs.