The company was sent for debt resolution in 2017 under the Insolvency and Bankruptcy Code 2016 after it defaulted on debt worth Rs 22,000 crore and failed to construct houses in time for homeowners 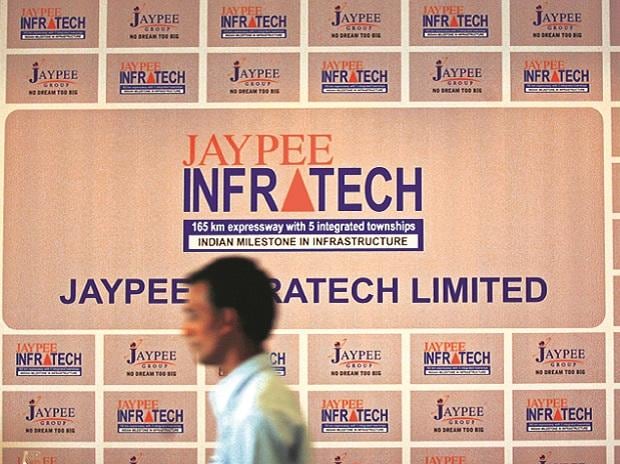 Suraksha Asset Reconstruction Company, a Mumbai-based firm, has emerged as the highest bidder for Jaypee Infratech Ltd (JIL), a special purpose vehicle (SPV) of Jaiprakash Associates set up to construct the Yamuna Expressway project but failed to repay its loans.

The company was sent for debt resolution in 2017 under the Insolvency and Bankruptcy Code 2016 after it defaulted on debt worth Rs 22,000 crore and failed to construct houses in time for homeowners.

The company’s insolvency process has been mired in litigation since then.

According to a banking source, in the fourth round of bids, Suraksha ARC made an offer of Rs 6,984 crore to the creditors as compared to Rs 4,873-crore offer by government-owned NBCC, thus tilting the scales in Suraksha’s favour. The lenders will vote on both proposals in the last week of May. The voting will remain open for a week.

Suraksha ARC, promoted by the Mumbai-based entrepreneur and executive director of Sun Pharmaceuticals, Sudhir Valia, has offered to make an upfront commitment of Rs 125 crore, which will be utilised to complete under-construction real estate projects.

According to the resolution plan, Suraksha will infuse Rs 3,000 crore of working capital within 90 days of the approval date for completing the stalled real estate projects. Home owners had earlier moved the Supreme Court, which gave them a seat on the Committee of Creditors (CoC).

Besides, the source said, Suraksha ARC also proposes to infuse Rs 300 crore receivable from Jaiprakash Associates for constructing incomplete projects. Suraksha also proposes to settle the claims of home buyers by delivering them units over a maximum period of 42 months.

For the lenders, Suraksha ARC has proposed a debt land swap of 2,651 acres to settle the debt. The average fair market value of 2,651 acres of land parcels, according to valuation reports, is Rs 6,436 crore, the source said.

NBCC, on the other hand, had proposed to set up separate SPVs for the expressway (YEW SPV) and the real estate projects (land bank SPV) while selling the hospital vertical. The Yamuna Expressway SPV was planning to issue optionally/non-convertible debentures worth Rs 2,200 crore to the parent NBCC SPV towards part consideration for acquiring the YEW SPV. For the balance YEW SPV was to issue equity shares to NBCC SPV. The YEW SPV was planning to raise fresh debt of Rs 2,000 crore from expressway lenders by securitising future toll receivables.

NBCC offered unit delivery to all the home buyers within a maximum period 42 months from the transfer date. It also proposed a delay penalty Rs 5 per square feet a month to be payable after one year from the delivery dates if there is no force majeure event.

PTI adds: Suraksha group has written to financial creditors and objected to extending deadlines for submitting bids, sources said. In a letter to JIL’s Interim Resolution Professional (IRP) Anuj Jain and the members of Committee of Creditors (CoC), Suraksha said this was against the spirit of the Supreme Court order in March this year on the pending insolvency matter of the Jaypee group firm.