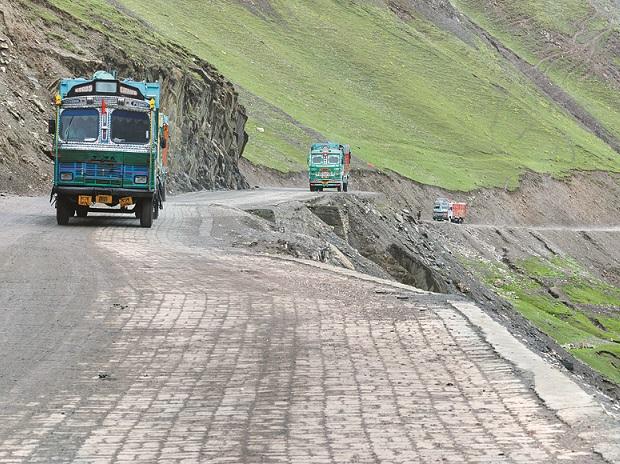 Poor fleet utilisation and lack of return load on most of the 75 trunk routes tracked by IFTRT has been weighing on their capacity top repay truck loans.Truck rentals on key routes have fallen by another 5 to 7 per cent in the past 15 days, reflecting a slowdown in the overall economic activity as a deadly second wave ravages the country.

This comes on back of a sharp decline in the factory output and pandemic-induced restrictions in various states, according to the freight rate data released by Indian Foundation of Transport Research and Training (IFTRT) on Sunday.

The New Delhi-based think-tank warns of a long road to recovery for the road transport sector as Covid-19 makes deeper inroads in the hinterlands.

“The situation is worse than last year and we expect the pain to linger till September,” said S P Singh, senior fellow at IFTRT.

“There is fear and stress among transporters. The entire supply chain has got majorly disrupted with large swathes of country being in a lockdown,” he added.

The factory output plunged to 60 per cent on May 15 from 40 per cent on May 1, according to an IFTRT statement. The fall in rentals further dents the transporters’ viability. Poor utilisation of the fleet and lack of return load has been weighing on their repayment capacity of truck loans on most of the 75 trunk routes tracked by IFTRT.

Transporters are expecting some relief from the government in the form of a moratorium for repayment, said Singh adding. In the absence of fiscal support, he expects loan defaults to start in the next 15 days.

Large transport companies have been able to weather the storm better. “While the overall business is down, things aren’t as bad as they were last year as it’s not a complete lockdown. The transport requirement is down by 50 per cent,” said Jasjit Sethi, CEO at TCI Supply Chain Solutions. He expects the overall June quarter to be better than last year but worse than the corresponding quarter of FY20.

“It’s not an official national lockdown but it’s as bad as one and close to 70 per cent of the trucks are idling and whatever are plying aren’t getting enough for a return trip and sometimes end up waiting for 3 days to a week for return load,” says Balmalkit Singh partner at Bal Roadlines and chairman core committee, All India Motor Transport Congress.

“There is no demand and there is no supply and we fear defaults.”

If not for the arrivals of summer fruit, vegetables, wheat and other crops into the APMCs, the rentals would have seen a steeper decline. Truck rentals across the key trunk routes plunged by 18-27 per cent last month (April 1 to May 1). As a result, replacement demand for new trucks has come to a standstill.

In a letter to the government earlier this month, the transporters body sought a blanket loan moratorium for the sector until August 31, 2021. It claimed that small operators (with up to five vehicles), who constitute 85 per cent of the segment, were struggling due to demand diving following state-specific lockdowns.

“About 60 per cent of the transport sector is idle and is financially crippled. The current situation has impaired the livelihood of the small operators (both the cargo segment and passenger) even as they are forced to pay the statutory fees, establishment costs, payment of salaries, EMIs, maintenance, fitness, permit fees, taxes, insurance, etc, even though the vehicles keep idle,” said Kultaran Sinh Atwal, president, AIMTC.