Tailor-made financial products are being devised, and credit histories are created for all customers. New tools have led to high collection efficiencies 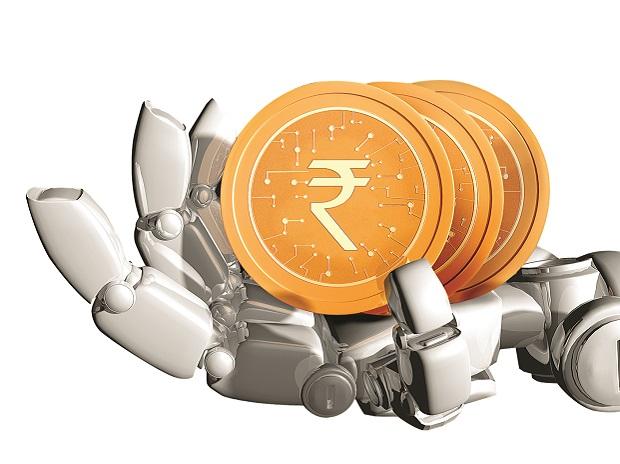 Rajesh Kumar (name changed), a member of micro finance firm Cashpor Micro Credit, managed to get a loan of Rs 200,000 in March this year — the first time that he had got such a big loan amount approved.

Since last year, Cashpor has been using neobank Kaleidofin’s Ki Score, a credit analytics tool. Kaleidofin offers targeted financial services to the underbanked and unbanked population. Thanks to KiScore, Cashpor was able to analyse Kumar’s credit behaviour, based on his past repayment records. The high credit score it gave him made him eligible for the Rs 200,000 loan.

Kaleidofin uses robotics, machine learning (ML) and artificial intelligence (AI) to offer tailor-made financial products to the underbanked and unbanked population. In the process, it also creates a persona for every customer that goes through its system.

The Ki Score model combines information across demographics, past transactions, and loan applications filed by customers. In addition, Kaleidofin creates customer profiles based on savings data, yielding a strong model for underwriting customers.

“Since we introduced this model last year, we have disbursed Rs 3,000 crore to over 750,000 customers and we have a recovery rate of 99.9 per cent, which is much higher than usual,” says Puneet Gupta, Kaleidofin’s co-founder.

Because of Ki Score, Kaleidofin has seen its loan amounts go up, adds Gupta. “About 55 per cent of the loans we gave were in the range of Rs 40,000. We have been able to do this by increasing the tenure of loans — the bulk of the loans given this time were for three years. This became relevant especially after Covid hit,” he says.

Ki Score is all about data analytics. Agents use an app to enter all the data. Other than know-your-customer (KYC) data, agents also have to feed in information related to the disposable incomes of households.

This data is then sent to the backend server which generates a score for the customer. The score is supplemented by a credit bureau report. “Once the data is in the system, we use ML algorithms to triangulate it. The system figures out if the person maintains a gap between loans taken, or keeps on taking loans,” says Gupta.

Kaleidofin’s use of ML is supervised by a human interface. “ML algorithms have an underlying issue where they quickly start to use variables like gender and age and eliminate people. We are working with an international player to see that algorithmic biases do not come into the system,” explains Gupta.

Kaleidofin also uses robotics and AI to remove anomalies during the process of collecting KYC data. “When we take pictures of KYC documents, we don’t want any blurred pictures, as banks and fund houses reject such documents. We use a lot of AI to make sure that the capture of documents is perfect,” says Gupta.

So far, this model has been used to underwrite 580,000 customers. Gupta says that the next step is an autopay system called KaleidoPay. This allows institutions to activate digital payments and payment mandates for new and existing customers.

Sonata Finance, which has a customer base of 800,000, has been using Ki Score since August 2020. “Loans disbursed during this period have had a collection efficiency of 98.83 per cent. We are using Ki Score to identify good customers. We intend to also use it to give customers loans of a higher size, and to build collection strategies for risky customers,” says Anup Singh, Sonata’s managing director.

Smile Microfinance is another MFI that uses Ki Score to understand the profiles of its customers. Says Murali Srinivas, the company’s managing director: “Kaleidofin’s data analytics is helping us build customer personas so that we can offer them targeted products.”

Pinkes Ambvat, chief information officer and IT director of CRIF India, which launched India’s first microfinance database in 2011, believes that fintech companies are not only harnessing data, but also helping automate the underwriting process.

“They use algorithms and AI to develop their own credit rating mechanisms, apart from psychometric tests and digital verification to evaluate potential customers’ creditworthiness and ability to repay. Technology is revolutionising how microfinance fintech services are delivered,” says Ambvat.

Avanti Finance, which saw the coming together of Ratan Tata, Nandan Nilekani and Vijay Kelkar to facilitate financial inclusion through technology, is an MFI that works with partners and connects with the end-user through a process that is paperless, presence-less and cashless. Manish Thakkar, the company’s chief operating officer, believes that Avanti’s crowd-sourcing approach for collecting and using data will bring about a huge shift in the MFI sector.

Microfinance in India: Some key facts

Microfinance in India plays an important role in delivering credit to people at the bottom of the economic pyramid. Owing to its grass-roots level connect, it is able to support income-generating activities and impact livelihoods in both rural and urban geographies. Furthermore, microfinance acts as a potent tool for empowering women who constitute the largest part of its borrower base, according to the Reserve Bank of India’s September 2020 report, Microfinance: Reaching out to the Bottom of the Pyramid.

Microfinance loans are of small amounts, with short tenures, extended without collateral and the frequency of loan repayments is greater than that for traditional commercial loans. These loans are generally taken for income generating activities. The overall gross loan portfolio of MFIs — the outstanding amount of loans extended to microfinance borrowers — grew from Rs 1.79 trillion as on March 31, 2019 to Rs 2.32 trillion as on March 31, 2020.

In terms of geographical spread, East, North-East and South India account for 67 per cent of MFIs’ loan portfolio, while the remainder is spread across West, North and Central India. Among the states, Tamil Nadu holds the largest share of microfinance loans, followed by West Bengal and Bihar.