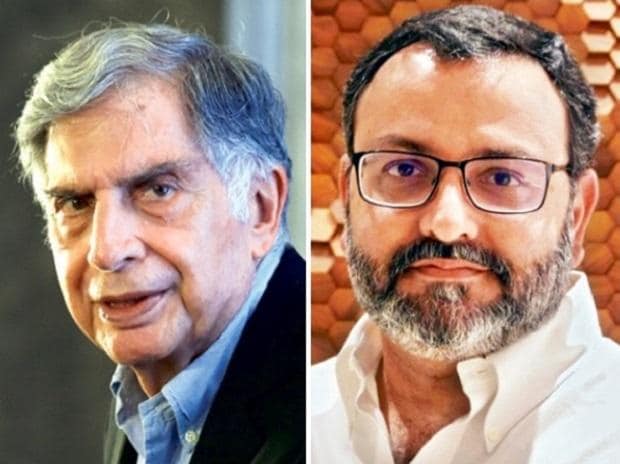 In its observations, the court appears to suggest that a nominee director’s duties to the charitable trust are somehow superior to duties owed to the company on whose boards the director sits on as a representative of the trusts

The Supreme Court’s recent judg­ment in the six-year-old boardroom and courtroom battle between the two principal stakeholders of the Tata group has put the sp­­o­t­light on the role and duties of no­minee directors of a charitable trust in a holding company.

The apex court in its judgment dismissed the minority shareholders’ (Mistry group) claims of “oppression and mismanagement” at Tata Sons, the holding company of the conglomerate, when the board dec­i­ded to remove its then exe­c­utive chairman, Cyrus Mistry. However, some observations made by the court in the process have confounded and divi­ded many legal and corporate governance experts on their implications going forward.

In its observations, the court appears to suggest that a nominee director’s duties to the charitable trust are somehow superior to duties owed to the company on whose boards the director sits on as a representative of the trusts.

Noting that Tata Sons is a holding company, with majority shareholders being philanthropic charitable trusts, the apex court observed that the directors nominated by trusts are “not like any other Directors who get appointed in a General Meeting of the Company in terms of Section 152(2) of the Act”.

The court further seems to acknowledge wider fiduciary duties for directors representing a trust when it observes: “A person nominated by a charitable Trust, to be a Director in a company in which the Trust holds shares, also holds a fiduciary relationship with the Trust and fiduciary duty towa­rds the nameless, faceless beneficiaries of those Trusts…..”

The Supreme Court also questioned the need for a separate provision in law for independent directors if all directors are required to exercise independent judgement accor­ding to the legislative mandate.

In this case, the nominee directors representing trusts controlled by the Tata family on the Tata Sons board enjoyed affirmative voting rights or veto rights. The contention by the Mistry group was that these rights were “oppressive and prejudicial” to the interest of minority shareholders. The Mistry group also argued that the nominee directors did not exercise independent judgement.

In this context, the court asked: “If all Directors are required under Section 166(3) to exercise independent Judg­ment, we do not know why there is a separate provision in Section 149(4) for every listed Public Company to have at least 1/3rd of the total number of Directors as independent Directors.”

The court subsequently observed that: “We do not also know whether the prescription in Section 149(4) is a tacit acknowledgement that all the Directors appointed in a General meeting under Section 152(2) may not be independent in practice, though they may be required to be so in theory.”

“To my mind, in asking the question in their judgment, the court has thrown open how the dynamics in the boardroom will play out,” says Amit Tandon, managing director, Institutional Investors Advisory Services (IiAS).

Legal experts point out that these observations by the apex court could be interpreted to imply that the duty of such a nominee director is somehow superior to duties owed to the company itself. That could mean duties of directors could vary depending on the form of the firm they represent, and the activities they engage in. Tandon says it is hard to argue that governance standards need to be different based on a firms’ legal structure.

Rajat Sethi, partner, S&R Associates, points out that while this may be a one-off situation since charitable trusts would not in the normal course be permitted to hold shares in a company constituted under the Companies Act, the Court’s rationale, he agrees, does not sit well with the legislative sch­eme under the Companies Act.

Anand Desai, managing par­tner, DSK Legal, however, has a different point of view. “Here the court has not drawn a distinction between a listed, unlisted and private company. The court recognises inherent conflicts in the interests represented by directors, and the role of independent vs non-in­d­e­pendent directors,” he says.

Desai does not see any ‘‘dichotomy” in the role and duties of directors in a holding company, vis-a-vis directors who are nominees of a charitable trust. “My understanding of the judgment on this aspect is that a director may have duties not just to the company he is on the board of, but also other organisations, such as being a trustee of a trust. The director needs to balance these interests,” he says.

However, one aspect of governance weakness that the corporate battle highlighted, though obliquely, relates to trust laws, especially where the beneficiaries of a trust are the public, says Nawshir Mirza, a former independent director with Tata Power. “The trustees must be required to explain their major decisions,” he says.

As a way forward to iron out the information asymmetry among various shareholders, Mirza suggests that it should be obligatory for listed companies to annually draw attention — perhaps in annual reports — to provisions in their Articles of Association, or in loan or Shareholders’ Agree­ments, to any special rights to one or more shareholders or prospective shareholders.

For Akshaya Kamalnath, senior lecturer at The Australian National University, the case highlights the need for making the oppression remedy standard much simpler in India — on the lines of some other jurisdictions, such as, the United Kingdom, New Zealand and Australia. “This is particularly important in India where promoter families are dominant,” she adds.

Experts say it is important to recognise from this high-profile case that matters relating to the governance of private companies are largely left to the discretion of shareholders. “The Supreme Court’s ruling, in this case, underscores this logic. The concept of director independence has no applicability or relevance here,” says Deb­anshu Mukherjee, co-founder, Vidhi Center for Legal Policy.

Also, in multi-organisation conglomerates there must be clearly drafted delegation of powers in the holding company, and board processes for review when there is a leadership change, says Kavil Ramachan­dran, professor & executive director, Thomas Schmidheiny Centre for Family Enterprise, Indian School of Business.