Uttam Galva’s total admitted claims are Rs 9,070.66 crore, with ArcelorMittal having an 87 per cent voting share among financial creditors 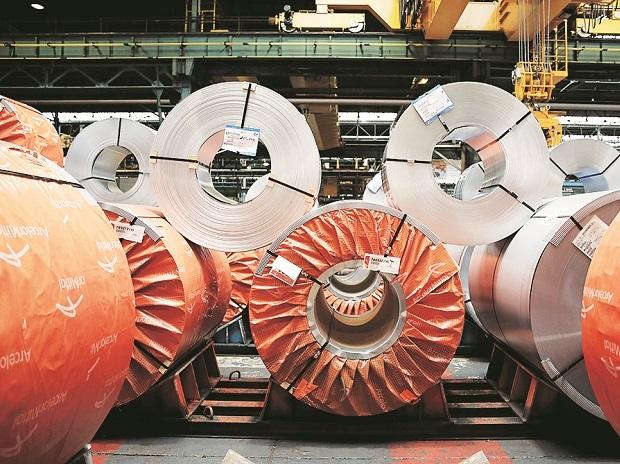 ArcelorMittal became a significant financial creditor of Uttam Galva by taking on bulk of Uttam Galva’s debt in 2018 to become eligible for the Essar Steel bid under the insolvency law.

Sources close to the development confirmed that six companies have submitted EOI for Uttam Galva including the four steel companies.

Uttam Galva’s total admitted claims are Rs 9,070.66 crore, with ArcelorMittal having an 87 per cent voting share among financial creditors.

The last date for submission of EOI was December 15, which was extended for seven days. The companies would be invited to submit resolution plans, sources indicated.

The interest in Uttam Galva comes at a time when the steel sector is on an uptrend with prices and spreads at multi-year high. If the companies finally submit resolution plans, then after Bhushan Steel, Bhushan Power & Steel and Essar Steel, it would be a keenly contested asset.

JSPL managing director, V R Sharma, explained, “Uttam Galva is a downstream unit. We can buy hot rolled coil (HRC) from JSW Steel and then convert it into cold rolled and galvanized products for exports. Our main aim is exports.”

Uttam Galva’s manufacturing facilities are located at Khopoli, Maharashtra and in close proximity to Nhava Sheva and Mumbai ports, which puts it at an advantage for exporting products.

One of the companies in the fray said that unavailability of downstream capabilities was also generating interest among steel companies in Uttam Galva.

According to sources, it has a cold-rolling capacity of 1.2 million tonnes which can be expanded.

JSW Steel and ArcelorMittal declined to comment on the submission of EOI. Pankaj Malhan, chief executive officer, ESL Steel Limited, said, “As of now, no comment.”

For ArcelorMittal, it would be an opportunity for recouping its payment towards Uttam’s dues.

ArcelorMittal became a significant financial creditor of Uttam Galva by taking on bulk of Uttam Galva’s debt in 2018 to become eligible for the Essar Steel bid under the insolvency law. The Insolvency and Bankruptcy Code (IBC) rules prevented promoters of defaulting companies from bidding for assets; prior to submitting its bid for Essar Steel, ArcelorMittal was a co-promoter of Uttam Galva.

Uttam Galva was on the Reserve Bank of India’s (RBI’s) second list of non-performing assets (NPAs) to be resolved under IBC. A sharp increase in raw material prices and cheap imports from China landed the company in losses and it started delaying payment to lenders.

However, with ArcelorMittal taking on the debt, State Bank of India – which had moved the petition – withdrew it.

But Uttam Galva defaulted on balance debt subsequently and on October 1, 2020, the NCLT Mumbai Bench admitted a petition filed by the State Bank of India under the IBC. The corporate insolvency resolution process (CIRP) for Uttam Galva is expected to be completed by March 31.

. Uttam Galva Steels has a cold rolling capacity of 1.2 million tonne per annum